Spot-Checking 1-1-1’s: I will randomly decide who will read theirs out loud to us!
Also checking vocab defns. 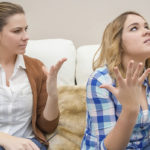