Find a QUOTE on p176 that answers this question:
Why does Artie say it’s so hard to tell Vladek’s story in comic form? 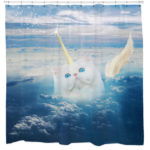