Title in Notebook: “Sentence SCRAMBLE, 9/30 (10/1).”
Instructions: NEW! Use every word. Do not break up the pieces. DO NOT ADD ANY. Rearrange the chunks until you get the right-sounding sentence. Write it down. There might be more than one way!
Individual.

Title in Notebook: “Vocab, 9/30 (10/1).”
Instructions: Use your vocab definitions to choose the correct word for each picture or blank.  You might use some more than once; you might not use them all.
dogged, indignant, conducive, wistful, implore, subside, acquit, leery, gorge, bluff
Collaborative in Breakouts.

You put a little more weight on the foot on the carpet, testing it. It sinks right through and slips on something in pieces underneath. It feels like a bunch of little splinters that are rubbing against your shoe. Probably pieces of old, broken legos, you think to yourself. But then you stop. To feel the pieces of legos underneath the carpet, it would have to not be anchored into the ground. Ugh! You are standing in a sea of mold. Sure enough, when you lift your foot to take another step, there is a hole in the sea of mold where your foot was.

There were broken boxes filled to the brim of gifts from relatives. Some of them had vines growing out of them. There were also a couple pairs of glowing eyes. I picked up an old sandwich that was under there, and sniffed it. It smelled like someone put rat poison in it. Opening it up, the cheese was so moldy, there must have been a couple hundred organisms living on it.

I  realized it was that piece of the air I choked on. I coughed it up then I was fine. Not again my feet had gotten stuck to the floor from standing in the same place for too long. The yellow puss was making a hard paste around my boots. It felt cold and as hard as cement. I grabbed the knife in my pocket and I cut just enough hard paste off to escape from.

When I walked in, it looked terrible(And smelled terrible). There was a pile of bar wrappers, piles of dirty underwear and socks. There was also a pile of clean but not hanged in the corner of the room.

Worms wiggle around on the bed, and they cover the entire bed. As you move to the closet, a dead grizzly bear falls out of the closet, fully stinking of skunk farts. As you leave, the door eaten by termites falls on you…

When I lay on my moldy mattress, look up and see the month-old piece of pizza stuck to the ceiling. I rolled over and saw a faint splatter of blood on the wall when I slammed my brother on the wall for throwing up on my floor. I peek down at the floor and, sure enough, there is that tan stain on the floor.

Next Show not Tell: Fun!  “It Was So Much Fun…” Show me you having fun. What does that look, feel, sound like? Don’t tell me what you like to do; SHOW me you in the middle of doing it! 350+ words, share your Gdoc with me, ndp, creative title. No opinions!

The Outsiders!  Read aloud to the end of chapter 2 +.  Look for answers to these questions (which will be on the test tomorrow)!

Warm Up during Roll:

Title in notebook: “Noun, Verb, Adjective, 9/28 (9/29).”
Instructions: Copy each underlined word, and write whether it is a noun, verb, or adjective, or none of the above.
Individual.

For a brief moment, Jimmy stupidly thought he could fly like a graceful bird across the blue sky.

Title in Notebook: “Vocab, 9/28 (9/29).”
Instructions: Use you vocab definitions to choose the correct word for each picture or blank.  You might use some more than once; you might not use them all.
dogged, indignant, conducive, wistful, implore, subside, acquit, leery, gorge, bluff
Collaborative in Breakouts.

Next Writing Assignment:
“Fun.” SHOW (don’t tell)  me you in the middle of having fun! The dust hitting you in the face as you bomb down the hill on your bike, dodging the ruts and holes… etc! Show me what it looks and feels and sounds like from your point of view while you are having FUN!

What does that look, feel, sound like? Don’t tell me what you like to do; SHOW me you in the middle of doing it! 350+ words, share your Gdoc with me, ndp, creative title. No opinions!

The Outsiders! Chapter 2… This will be a significant portion of the test!

NEW PROCEDURE! As you enter the zoomer, please type a greeting in the chat! Today’s greeting must start with the letter H. This is my new ROLL-Taking procedure.

You should already have 4  KBARR’s completed, chart and response on the forum.

UPDATE: THERE IS A TEACHER WORK DAY NEXT FRIDAY, 10/2. THAT WILL MOVE THE DUE DATE FOR THE NEXT SHOW NOT TELL. PLEASE SEE THE HOMEWORK PAGE FOR DETAILS.

Title in Notebook: “Sentence Combo, 9/24 (9/25).”
Instructions: Combine each group into one smooth-sounding sentence. You may add, subtract, and change words, but make sure all the info is still there. I give you a hint for starting each one. Any extra versions are extra credit.
Individual.

Title in Notebook: “Vocabulary, 9/24 (9/25).” Checking Vocab Definitions.
Instructions: Use your vocab definitions to choose the correct word for each picture or blank. You may use words more than once, and you might not use them all.
Collaborative in Breakouts. 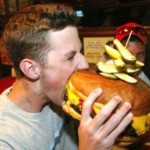 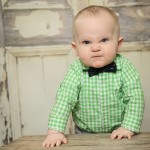 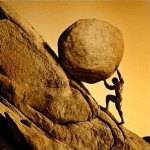 The Outsiders aloud to the end of ch1 +

You should already have one KBARR completed, chart and response.

Warm Up During Roll. Answer in chat, BUT DO NOT PRESS ENTER UNTIL I SAY SO.

What “day” is it in this class?

Go over homework. I will be talking about the next Show not Tell on Thursday and Friday, when I go over the “Messy Room” essays. I wouldn’t start the new one until I talk about it.

“Sentence Combining, 9/22 (9/23).” — Combine each group of short, choppy sentences into one smooth-sounding sentence. You may add, subtract, or change words, but make sure to keep the meaning of all the parts.  You will have to punctuate as appropriate. (Bonus: Write more than one combination!)
1.  Chuckie bounces wildly in his desk.    He is the class clown.    He clucks like a chicken.

2. His fingers make sounds.   The sounds are scratching.   They claw the desktop.    The desktop is battered.

3.  Then a voice freezes his behavior.    The voice is stern.    The behavior is disturbing.  (Hint: stern and disturbing are just adjectives.)

Go over Test #2. The Outsiders section was a problem! USE THE BOOK!

What’s wrong with the following “sentences”?

How do we fix them? How do we avoid them?

The Outsiders aloud into ch 2.

Mental Floss. (In your notebook) Remember, they are all tricks!

Find your numbers for the “week” in the notebook:

Type your numbers into chat following the model above. If you were absent, that number is zero until you make it up!

Attention: You should start a new KBARR chart for the week and a topic on the forum for the new week!

Test #2! Be sure to also write your answers in your notebook. SPELLING COUNTS, but not capitalization. DOUBLE CHECK!

Finished early? Have you finished/shared your “Messy Room”?

Your choices:
1) Doodle – Theme: “Weird Planet.” The theme is optional; you may doodle about whatever you want. If I like it you get get extra credit.
2) Trackword. Spell words by connecting adjoining letters. Words must be at least 3 letters long. Each letter must touch the one before it. No proper nouns, abbreviations, or foreign words. You can only use a letter once in the same word. 10 words = +1, 20 words = +2, etc. Use any blank area on your test sheet for your word list. Be sure to number your list. (IN YOUR NOTEBOOK, Take a pic.) 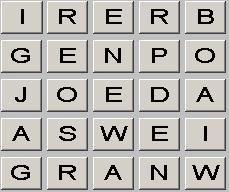