“Academic Words, 9/8 (9/9).” Words that make you sound smart! Five every “Monday” of our virtual week. They are sort of like vocab although no definitions needed.

You will use each word once for the pics and once again for the sentences. 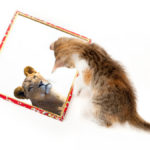 THIS AFTERNOON: EVERYBODY comes back to set up their KBARR!