Check in in chat: Type your best SMYK sentence. Make this one PRIVATE.

AFTERNOON SGI: It’s the last day to show up and clear zeros for the quarter!

Check the Homework for updated due date for SNT ESSAY.

“Sentence Combining, 10/23 (10/26).” Come up with the smoothest sounding sentence you can for each group and write it in your notebook. You may add, subtract, rearrange, and change words this time

1a. The table is littered with garbage.   1b. The garbage belongs to the “other guy.”
HINT: Use an apostrophe! 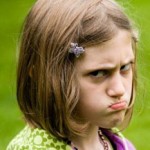 Answer in chat BUT DO NOT PRESS ENTER UNTIL TOLD TO DO SO!!!!
Which character from The Outsiders could be compared to Richard Cory?