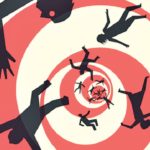 TMA. Practice for tomorrow’s test. With your homies, find the answers to and take notes on the following questions from chapters 1-3.

Let’s look up a few of her remedies.