candidate:  a person who is being considered for a job, position, award, etc.
campaign: a series of activities designed to produce a particular result
ethics:  rules of behavior based on ideas about what is morally good and bad
issue: an important subject or topic  OR  to go, come, or flow out from OR  a version of a newspaper, magazine, etc.
neutralize: to counteract or cancel the effect of 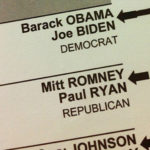 Hand out Giver Books and record numbers. Incentive for bringing books! Payment for not!

What is the difference between being fair and being equal?

What are the root causes of conflict between people?

Think about the TZ, “Number 12 Looks Just Like You.” (8:02) Is what the doctor says true sometimes? What about social media?

What are the best ways to deal with inequality?

“Spelling, 2/20.” Write the correct pair. NOT THE LETTER; THE WORDS! NOT COLLABORATIVE!

Correct Top Part of Commas Sheet. Make sure you have your sheet tomorrow for the test!

Check 600 Words. PROOFREAD YOUR ESSAY OR GET SOMEONE ELSE TO DO IT!

“Spelling, 2/5.” Write the incorrectly spelled word correctly, or if they are all correct, write “all correct.” NOT COLLABORATIVE! DO NOT LOOK AT YOUR SPELLING LIST! For #6, write the answer not the letter!

“Spellling, 2/4.”  Write the incorrectly spelled word correctly, or if they are all correct, write “all correct.” NOT COLLABORATIVE! DO NOT LOOK AT YOUR SPELLING LIST!

NOT Checking Vocab Definitions, but we hope you did them!

600 Words/Interviews! This week’s dates are 1/28-2/4. If you are finished with your actual interview, you may begin writing it up. If you don’t wait until the last minute to write your essay, you interview essay will count for next week’s 600 Words… but only the words you write on it up until Monday night.

Some examples of interviews write ups are below.

Anne Bachmann is 74 years old, and is fit for her age. She swims every day at 5:30 AM for one hour at a swimming club close to her house. She looks like a very kind person, and she is. She has light brown hair that is thin and vibrant blue eyes. Her voice is very inviting and sweet, light but demanding. She has many wrinkles, because she smiles so much. Her smile is amazing. It could easily make anyones day. Her teeth aren’t quite white, but they definitely aren’t yellow.
I chose this person because she does so much even at her age, and she’s a pretty awesome grandma. I asked her if she would like to do the interview at my great uncles, and she said she would love to, so we scheduled a phone call later the next day. This interview took place over phone. I’m in my room with my pencil, questions, and computer  at the ready. I pick up my phone and dial my grandpa’s and grandma’s home phone because my grandma doesn’t know how to use her Samsung Galaxy S6. I look at the questions and start to right down the first question. “Hi grandma.”
“Hey there Joey!”
“Are you ready to start the interview?”
“Sure, what’s the first question?” And the interview began.

My grandma, who I call Lita, seemed to enjoy being interviewed and showed appreciation for the challenge of remembering what it was like growing up. A few times, she had to really think about a question, and might even ask my grandpa, who I call Lito, who may have the answer to the question. Lito is not as talkative as Lita, so he wasn’t extensively descriptive with his answers. When Lita saw I was taking notes, she would slow down the pace of her talking so I could write. She was thoughtful and kind, and I had a fun time interviewing her.

When Lita is concentrating, she sticks her tongue slightly out of her mouth. I saw her do this multiple times while asking questions. I also noticed that she had a soccer game on in the background and every once in awhile she would turn to Lito and ask if their team had scored.

Lita has light grey, smooth, soft hair. She wears glasses with little nose pads and an oval rim. Her voice is happy and bubbly. When she speaks it is like the room lights up. I love talking to her! Since she lives in Washington, the home state of rain, she usually wears a sweatshirt and jeans, but in the summer she wears nice t-shirts and occasionally a tank top with shorts.