Each group “translates” one set of lines using the vocab key.
How does this relate to the quote from yesterday?

“It’s like it ain’t so much what a fellow does, but it’s the way the majority of folks is looking at him when he does it.”

Connect the Poem to the Play!

Pssst… Act! “The Monsters are Due on Maple Street.

Based on the video, write a definition of what an adjective is/does:
(Copy and complete) “An adjective is a word that…”

I will be checking Vocabulary Show Me You Know sentences. 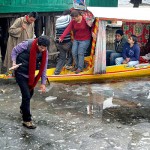 The Outsiders by S E Hinton

“Vocabulary, 8/20/19.” All answers will be vocabulary words. Use your definitions and your group homies to help you. For #1-4, choose which word best fits the picture, and be prepared to explain why you think so. If you can justify more than one word for a picture, you might receive bonus credit.
bliss, infer, bleak, nonchalant, gingerly, rueful, savvy, conform, sage, fathom, connotation 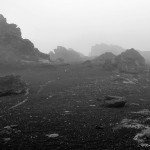 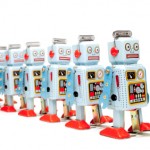 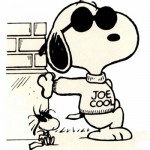 Audio Feature: The concept of “digging.”

Put down the dang phones! 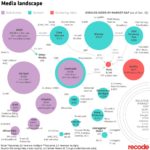 How could you prove that you’re not crazy?

Together with your group, “translate” the poem. Yes, rewrite it in your own words. You should end up with 5 sentences. No it won’t rhyme.

“Previously On… The Giver!” Just do yesterday’s installment. Start with the release. Just write the announcer’s words and which words from the movie would also be heard.

Which scenes from the movie would you use for the trailer? Why?
What if we were making a “book trailer”? Would you use the same scenes? What would be different?

POETRY!?
Something else the members of the Community don’t understand is poetry.

Much of the meaning in poetry comes from the way the poet arranges the lines. In poetry, each line is a unit of meaning. The words a writer uses at the end of each line are specifically chosen to build meaning. In the hands of a poet, one sentence can become a work of art. William Carlos Williams was inspired to write a poem as he was caring for a dying little girl (he was a doctor too). He looked out the window of her room as he sat by her bed, and saw the scene he describes. This is one of the most famous and best-loved, as well as most analyzed poems of all time. Here it is as a sentence:

So much depends upon a red wheelbarrow glazed with rainwater beside the white chickens.

Try arranging this sentence into a poem.
FEEL FREE to: chop it up into lines, chop up individual words, repunctuate, not punctuate, play with the capitals.
Just DON’T: rearrange the order, add or subtract any words.

Remember: you’re trying to build meaning into the poem with your line arrangement. This could be from the arrangement of syllables to the way the poem looks.

Once you have a version you like, recopy it neatly/artistically onto a clean sheet of paper. I will give extra credit for those who turn in a nice artistic version.

We’ll look at the poet’s version in a bit.

“Vocab, 2/28.  Used properly or not? Write Yes if the word is used properly in the sentence. Write No if it is not.